Why Use Stay Staffed

It appears that both healthcare workers and their employers are gaining confidence in the industry as well as the larger economy, according to recent trends and surveys.

As the industry settles into healthcare reform, the trends suggest that both employer and worker confidence is on the increase. The result is a sustained increase of healthcare job openings and improved job security for current employees. But still, the industry has to contend with the ongoing workforce shortage in order to capitalize on current trends. For many healthcare facilities, this means establishing or improving their recruitment and hiring strategies in conjunction with using a contingent workforce. 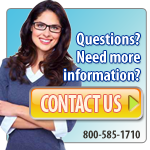